According to Microsoft’s description, audio may not work properly or at all on affected Windows 10 devices. The problem seems to have different severities: on some systems audio playback is interrupted entirely, on others audio playback has been affected for certain applications, audio devices or ports only.

A common thread was that audio enhancements were disabled before installing the cumulative update on most systems. The audio driver could also have issues with functionality on some systems, Microsoft notes.

Microsoft has released workarounds for the issue, divided into advice for systems where the update has not been installed and for systems where the update is installed. These workarounds included updating audio drivers, either through Windows or Manufacturer Updates, or verifying that the audio devices for microphone, speakers, and headsets were set to the correct device and not the default settings.

Microsoft reveals that the update may have reset audio endpoints on devices, a likely reason for some of the issues Windows users are having after installing the update.

Administrators can resolve the issue on systems with the update by running the audio troubleshooter on the system or following the instructions on disabling audio enhancements.

How to Disable Audio Enhancements 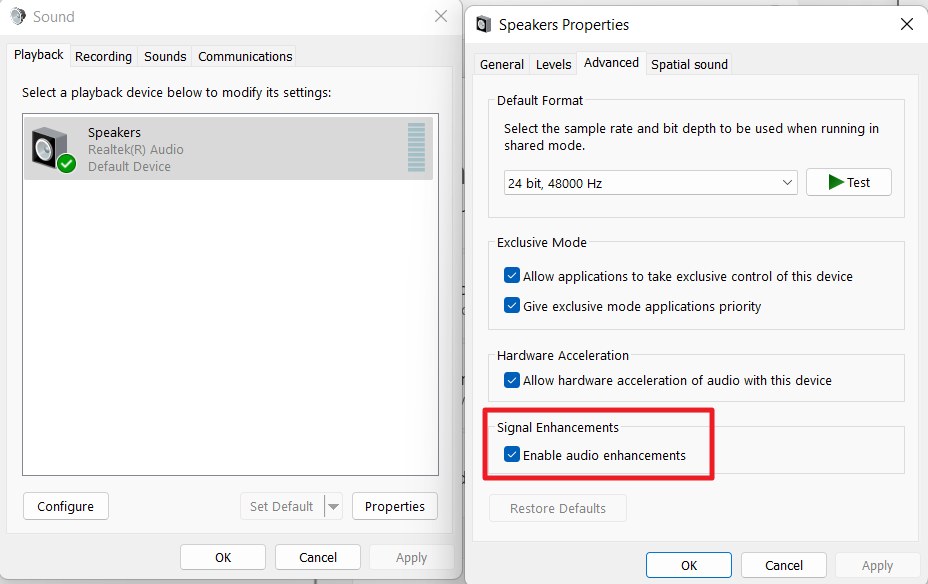 Repeat the steps for each audio device.

Microsoft, in the meantime, has fixed the issue via a known issue rollback. The feature is automated and will avoid the issue on devices that don’t have the August preview or final updates installed yet. The audio playback issue is not resolved automatically on affected devices.

Now you: Have you experienced any audio issues on your Windows devices lately?

Microsoft has confirmed a new audio playback issue affecting Windows 10 devices. The company has resolved the issue, but not for affected devices.